This is the future I want to happen.

Posted by Leslie Bates at 4:47 PM No comments:

There is a place on Broadway Avenue here in Northeast Minneapolis called Uncle Franky's.  It claims to be a Chicago style eatery and quite frankly they should go back to the corrupt and windy city.  Last night I ordered a double cheeseburger with fries and root beer.  I was given a plastic cup full of ice with a slight amount of root beer in it.  The cheese burger was overcooked and the fry cook had forgot to put on the cheese.  The cashier was seriously pushing their hot dogs to everyone who came and I don't blame them as it is virtually impossible to screw up a hot dog.
Posted by Leslie Bates at 11:38 PM No comments:

The 70th anniversary of the liberation of Auschwitz.
Posted by Leslie Bates at 4:14 PM No comments:

Email ThisBlogThis!Share to TwitterShare to FacebookShare to Pinterest
Labels: National Socialism, The Holocaust


I’m still laughing at the time I mentioned how much I love black humor, and someone called me racist for not saying “African-American humor”.

I meant black humor. I was talking about “Suicide is Painless”, the theme song from M*A*S*H.


Progressives posture as being the most knowledgeable and intelligent people on Earth but in fact they are the most ignorant and stupid.
Posted by Leslie Bates at 8:38 PM No comments:

Email ThisBlogThis!Share to TwitterShare to FacebookShare to Pinterest
Labels: Morons of the Day, Political Correctness, so on and so forth, Stupid Progressive Tricks 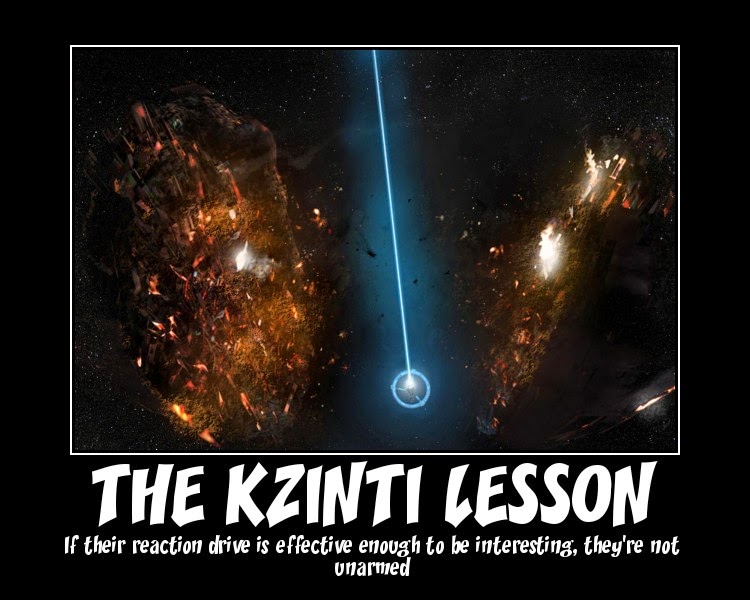 Posted by Leslie Bates at 3:47 AM No comments:

Moron of the Day

Progressive propagandist (I’m being polite) Michael Moore has come out to denounce the recently released film American Sniper.  In his pathetic rant he denounces military snipers as cowards who shoot their victims in the back.

I served as a Combat Rifleman in the United States Army during the Cold War with the Soviet Union.  At no point were I and my fellow soldiers ordered to only shoot enemy combatants in the front and not the back.

Of course if Moore were consistent he would have to denounce his fellow Progressives in the NKVD as their normal procedure in murdering their unarmed victims was to shoot them in the back of the head at point blank range.

And far from being cowards snipers are in fact at the forefront of hostile contact with the enemy.

Of course Comrade Moore is speaking to an audience of ignorant and dishonest Progressives like himself.

In any case I’m planning to see American Sniper today at a local theater.


It’s no surprise that Progressive propagandist Michael Moore (I’m being polite again) has spit out a great amount of venom about the recently released film American Sniper.  That fact is that those who label themselves Progressives are in reality predators and they see normal people as mere animals to be consumed.  As a result Progressives ABSOLUTELY LOATHE those who stand against them as the protectors of their victims.

The film depicts the life of Chris Kyle as he assumes the role of a protector in the schoolyard and follows him into the United States Navy as a member of a SEAL Team.  This film accurately depicts the physical and psychological effects of antiterrorist warfare on those who served in Iraq.

I saw the film this afternoon at the Saint Anthony Main Theater which is in a liberal neighborhood in Minneapolis and there was applause from the audience as the credits came up at the end.
Posted by Leslie Bates at 7:30 AM No comments:

Concerning the mob action that clogged a Boston freeway:

If this was a temper tantrum by a gang called Aryan Lives Matter over the postwar execution of death camp personnel we would have no problem holding them in absolute contempt.

The idea that Black men should be exempt from the laws that protect the life and property of all people regardless of their race is clearly wrong. As far as a properly functioning government is concerned there is only one race: The Human Race.

Posted by Leslie Bates at 8:43 PM No comments:

Moron of the Day

Communism Kills brings us this moron:

Communism is an idea that promotes a global cooperation and socialism where all people participate in a working class and the efforts of the labor are shared. How could that kill anyone?

"Is an idea that promotes"


Friend, I think history books are going to have some bad news for you.

So not less than a hundred million dead means nothing to this moron.  At his own show trial Nikolai Yezhov (AKA the bloody dwarf) who was Minister for Water transport and head of the NKVD during the bloodiest part of the Great Purge, actually admitted to murdering slave laborers by the thousands during the construction of a canal.

Oh, I suppose slave labor means nothing to that moron too.

And thanks to Mark Urbin.

Posted by Leslie Bates at 4:34 PM No comments:

Is there a solution to the problem of Islam short of a Final Solution?

The doctrine of Islam denies all of the Rights of Man including the Right of Life.  Given that Muslims are required to act as the mortal enemies of Mankind there are no middle grounds under which a peace can be negotiated with any of them.  In the end the practice of Islam must be removed from existence altogether.

Under no circumstances will any attempt be made to comply with any part of the Islamic code of law including the dietary code.  If for example the least expensive food available to feed the Muslims in temporary detention before deportation is pork then it will be used.  If Muslims insist on complying with the false dietary laws and starve to death as a result then it’s their fault alone.

Can any of the children be saved?

Good question.  Certainly those children who haven’t experienced full indoctrination to Islam could be separated and assigned to voluntary foster parents.  As to other children who have been indoctrinated I have no information to come up with a sound theory of action apart from treating then as adults.

What are your questions on this?

Posted by Leslie Bates at 3:47 AM No comments:

Email ThisBlogThis!Share to TwitterShare to FacebookShare to Pinterest
Labels: What to do about Islam 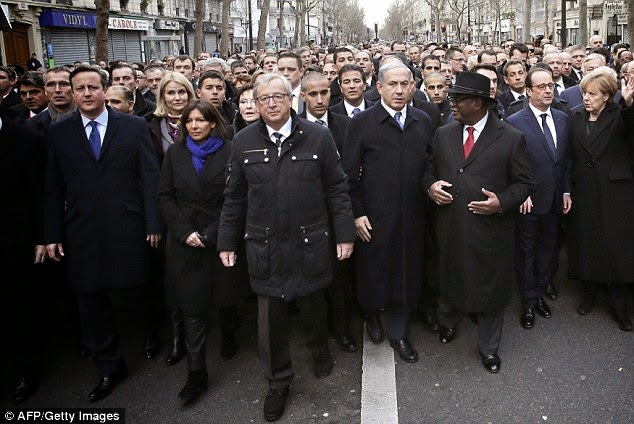 What wrong with this image? Or to put it another way, who's missing?

Here we see several leaders of civilized nations along with over three million more people taking part in a rally for freedom in Paris. And there is no representative of the United States of America present.

To Barrack Obama and his fellow Democrats the fundamental value is power.  Freedom is the negation of power and therefore must be opposed.  Or at least in public Freedom must not be supported lest the victims come to understand their actual position within the socialist order.

Barrack Obama and his circle wouldn't be caught dead standing up for an actual Human value.

Obama must go.
Posted by Leslie Bates at 4:43 PM 2 comments:

Email ThisBlogThis!Share to TwitterShare to FacebookShare to Pinterest
Labels: Barack Obama is the negation of our nation, Stupid Presidential Tricks, Stupid Progressive Tricks

Anyone who has a problem with that is welcome to drop dead.
Posted by Leslie Bates at 12:55 PM No comments:

Email ThisBlogThis!Share to TwitterShare to FacebookShare to Pinterest
Labels: Rational Thought, Thought For The Day

"If I can accept that the Paris murderers aren’t real Muslims why won’t the Muslim world say so too?"

Because the fact is that the murderers in Paris were acting in to accordance to the actual doctrine of Islam.

In reality Islam was created by a depraved individual as a body of excuses for predatory actions.  The doctrine of Islam denies all of the rights of Man. including Life, Liberty, and Property.  And of course the freedoms of Speech and Self Defense are absolutely right out.  Those who actually stand up for Human Life such as the "Muslim" police officer who died while resisting the murderers are not proper Muslims.  Islam and those who actually practice it have no place in human society.

Lt. Col. Ralph Peters gets it..

He is the opposite of a moron.
Posted by Leslie Bates at 3:56 AM No comments: 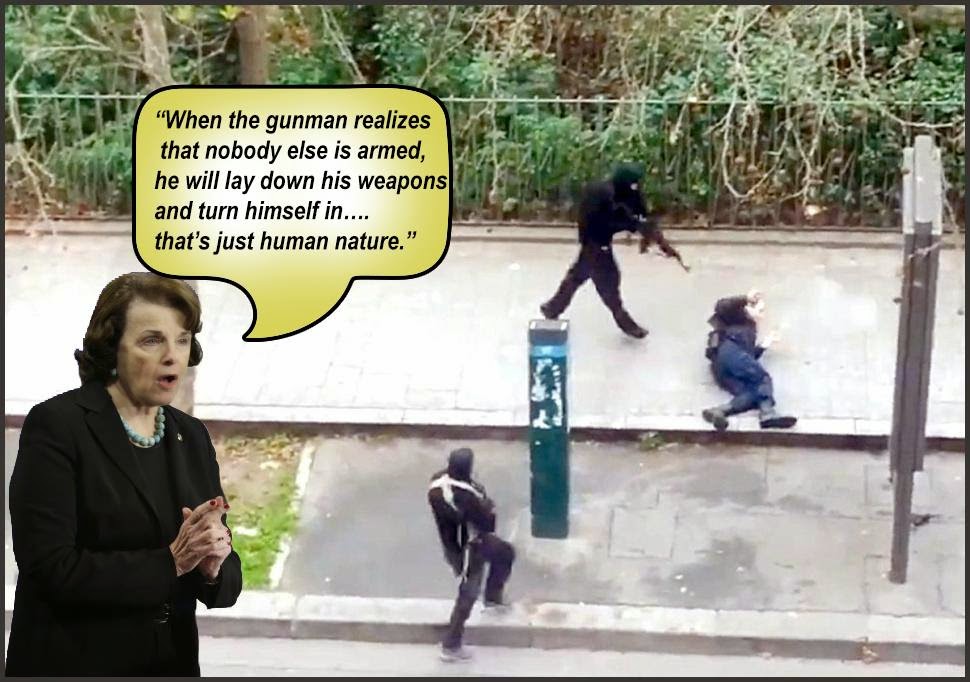 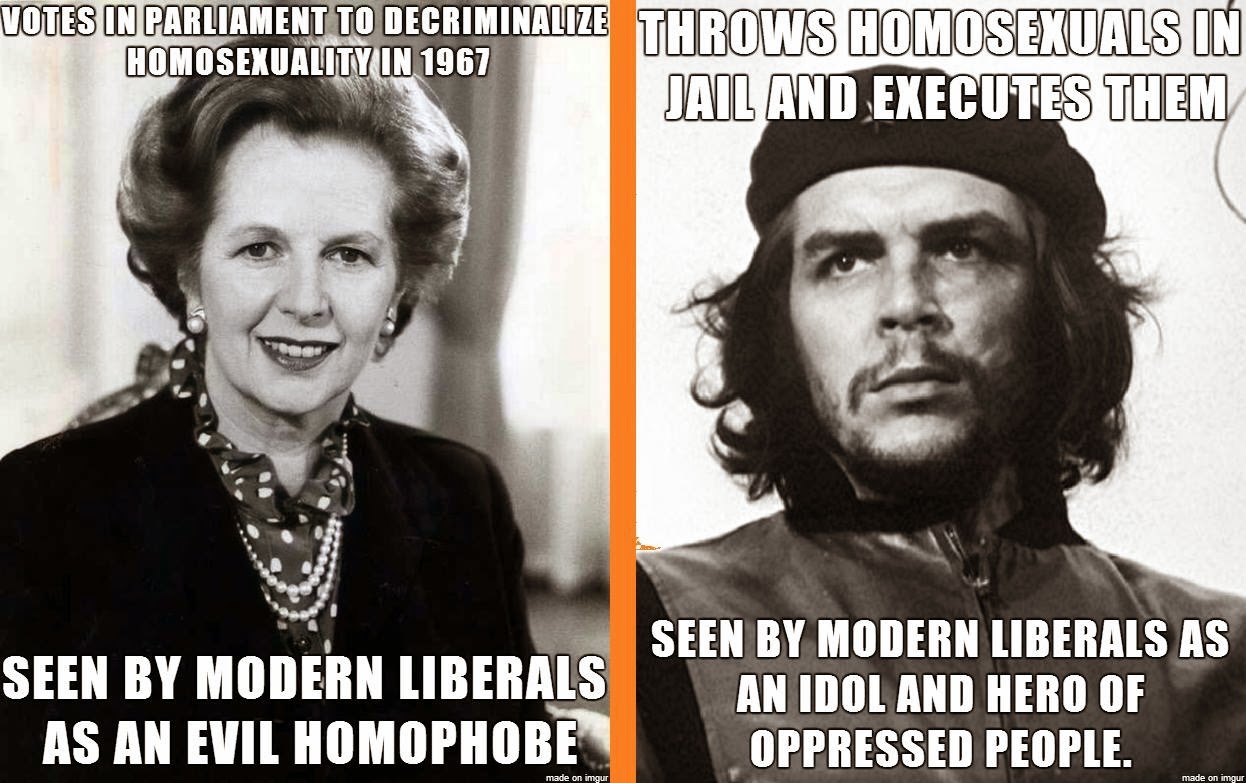 And I still have to wonder how the folks on the Left who exhibit such a disconnect from reality  could get out of bed in the morning without killing themselves.

(Thanks to Mark Urbin for the images)
Posted by Leslie Bates at 12:10 PM No comments:

We are another day closer to the point where we start building those special camps for Muslims.

The special kind with the shower and oven facilities.

I said this a week ago:

Censorship is the negation of the human mind.  As rational thought is necessary to living a human life the censor, and those who demand it, are Enemies of Mankind.  In my view censors are vermin fit only for extermination.

The doctrine of Islam negates all of the Rights of Man.  As a result those who adhere to Islam cannot claim the same rights for themselves.  The false prophet Mohammed and those who follow him are without question Enemies of Mankind and as such can only be dealt with by deadly force.

Extermination and expulsion  are the only options.
Posted by Leslie Bates at 12:45 PM No comments:

Email ThisBlogThis!Share to TwitterShare to FacebookShare to Pinterest
Labels: Islam, Islam is death, Islamic Terrorism, What to do about Islam

Mark Urbin posted this image on his Tumblr site: 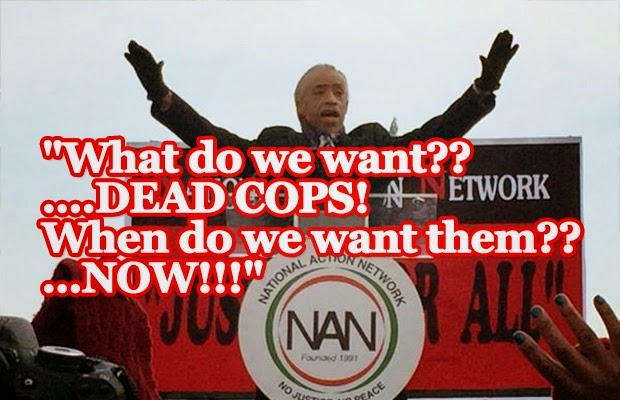 There was a time when we hanged racial collectivists who murdered innocent people.

If Sharpton insists on behaving like a National Socialist then we should treat him as one.
Posted by Leslie Bates at 4:01 PM No comments: