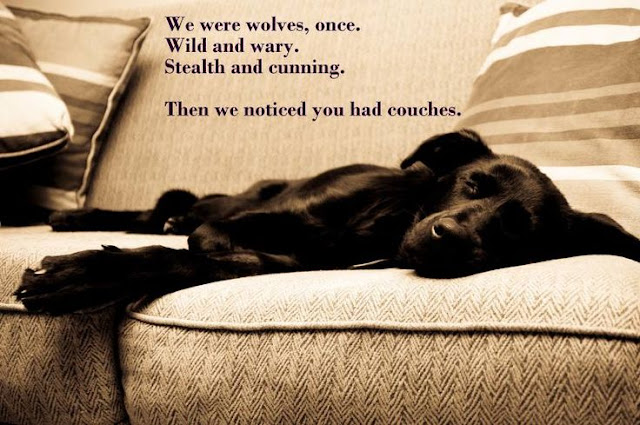 Think of Tyranny as force in the wild and Government as domesticated force.

Hillary Clinton and Bernie Sanders are running as open advocates of Tyranny.
Posted by Leslie Bates at 11:06 AM No comments:

The problem with Universal Suffrage is that we universally suffer as a result.

--A Retired Cab Driver
Posted by Leslie Bates at 2:29 AM No comments:

"Lord make my enemies ridiculous." And God granted it.

---Voltaire
Posted by Leslie Bates at 6:47 AM No comments:

Email ThisBlogThis!Share to TwitterShare to FacebookShare to Pinterest
Labels: Quote

And now a cartoon by John Cox: 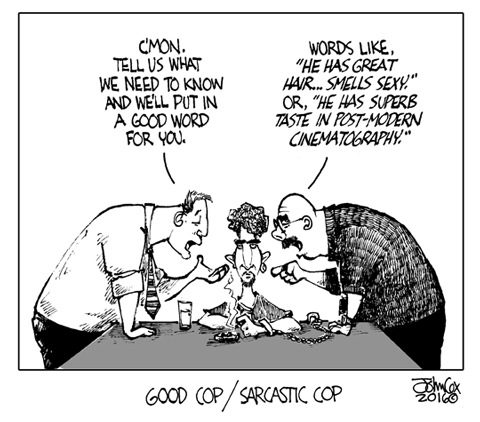 Posted by Leslie Bates at 5:29 AM No comments:

Today is Earth Day, in which Communists falsely deify and pose as defenders of the Earth as an excuse to subjugate and murder rational and productive people en masse.

And it's also Lenin's birthday.
Posted by Leslie Bates at 6:45 AM No comments:

Email ThisBlogThis!Share to TwitterShare to FacebookShare to Pinterest
Labels: And So On And So Forth, Soviet Communism, Stupid Progressive Tricks

Some narcissistic noise source that was a waste of mass and energy just died.
Posted by Leslie Bates at 6:49 PM No comments:

Yesterday I forgot to make my annual comment on the anniversary of the Waco Massacre so today I'll quote from last year's comment:

Why should anyone make a fuss about burning our flag?

The burning of our flag is a symbolic act. As the flag represents us as a free people so does the destruction of the flag represent the destruction our nation and our way of life.  Without question those perform the act of burning the flag are nihilists who would--given the means and opportunity--actually perform the act of murdering Americans in the worst way possible. But this isn’t simply a wishful thought on the part of a gang of collectivists.  To our shame it had actually happened here in the United States.  Today is the 22nd anniversary of the event commonly known as the Waco Massacre.

The local office of the BATF received a report of automatic weapons fire at the residence of Branch Davidians outside of Waco, Texas.  No inquiry was made with the local law enforcement agencies.  Nor did they as allowed under the current regulations send agents out to inspect the federally licenced firearms dealer residing on the site.  And they could have arrested Koresh as he made his morning run but did not do so.   With his past history of cooperation with local law enforcement they could have simply asked him to come down to the local sheriff’s station.

Instead they attempted to stage a military-style assault, code named Operation Showtime, in order to impart a positive impression of the agency upon the current administration in Washington.  After the task force was driven off the Hostage Rescue Team of the FBI, descended upon the Branch Davidians and laid siege to the residence.

On this day 21 years ago The HRT used armored vehicles to destroy the exits from the building and to allow the wind to blow through it and then injected CS gas, known to be inflammable and toxic to children and elderly persons, into the wooden structure.  HRT fired CS rounds, which are incendiary devices into, the building.

A tactic to commit mass murder used by the Nazis in Poland and Russia was to confine civilians, especially women and children, in wooden buildings and set the structures on fire.

To this day the perpetrators remain at large.

The other anniversary today is of the bombing of the Federal Building in Oklahoma City in 1995.

Timothy McVeigh, who carried out the Oklahoma City bombing was a white racial collectivist and was acting out the white racial warrior martyrdom fantasy depicted in The Turner Diaries.

The novel, if I recall reading it correctly, depicts the conquest and subjugation of the white population of the United States by a self appointed elite group that called itself "The Order." All non-whites, including Jews, were exterminated. Any white person who refused to obey The Order was executed as a race traitor. The actions of The Order as depicted in the novel were very much like the practice of Islam without the claim of divine sanction. Unlike today's political Right, but like all known collectivists, such as the National Socialists of Germany, The Order rejected all of the Rights of Man and killed anyone who served no place in their collective.

Fortunately, I read it on a website where the text was posted. So apart from the fee for Internet access, I didn't have to pay a cent to read it. I would later describe the experience of reading it as being the intellectual equivalent of the act of swimming in raw sewage.  The website and text is gone now. I think this is somewhat unfortunate because I believe that no rational person should have to pay a cent for the privilege of reading a book that calls for their own murder. . 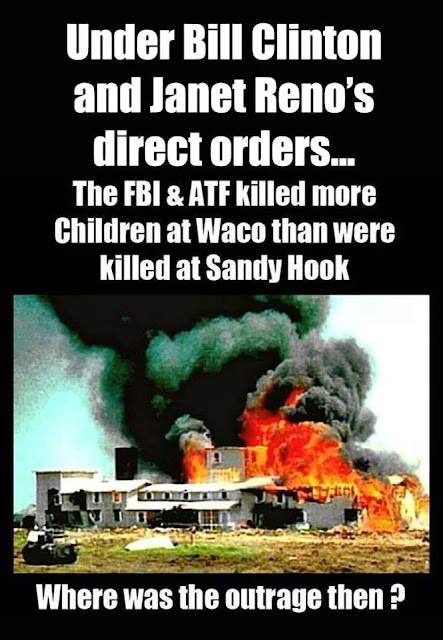 Posted by Leslie Bates at 12:44 PM No comments:

You don't need capital to publish a book on Scientology -- you need courage.

Reality is real, live with it.

Posted by Leslie Bates at 12:42 AM No comments:

I just posted this on an Objectivist site:

Fourteen years ago an Objectivist working in the Security Department of Healtheast in Saint Paul, Minnesota had a dispute with the site supervisor. He wrote out a formal complaint and personally delivered it to the head of the department. On April 8th he met with an apparatchik of the Human Services Department who told him:


Trying to be right is unhealthy.


This was simply insane. Healtheast was a chain of hospitals and an error in the heath care process would lead to prolonged suffering or death. Upon reflection the Objectivist had concluded that the apparatchik, and thus the management, were pragmatists who didn’t see reality as being inherently real and only saw differences in opinion instead. The Objectivist decided at that point to bail out from Healtheast, which in turn would be sued for a wrongful termination caused by the same site supervisor.

On February 1st the Minneapolis StarTribune, the socialist rag of the Twin Cities, published the following full page ad: 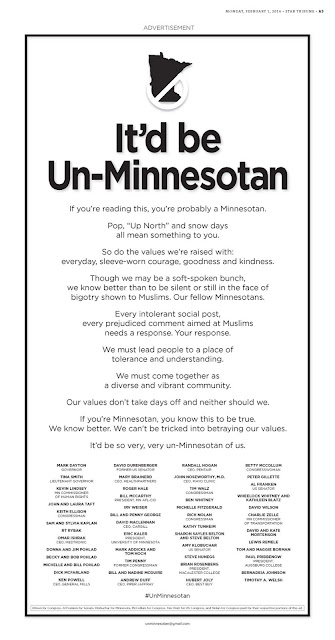 The false prophet Mohammed commanded his followers to conquer along with the commission of the acts of rape, robbery, and murder. The doctrine of Islam commands enslavement and the systematic violation of the rights of man and for the believers to act as predatory animals. Without question the doctrine and practice of Islam is absolutely depraved.

Given that Human Life is the foundation of all valid moral values then Islam must be absolutely condemned. But the signatories of this document refuse to understand these facts of reality and condemn as immoral those who hold an actual moral standard.

I am hard pressed to respond to this utterly depraved document without the use of barracks language.
Posted by Leslie Bates at 9:45 AM No comments:

If Hillary Clinton ever made a factual statement it was solely by accident. 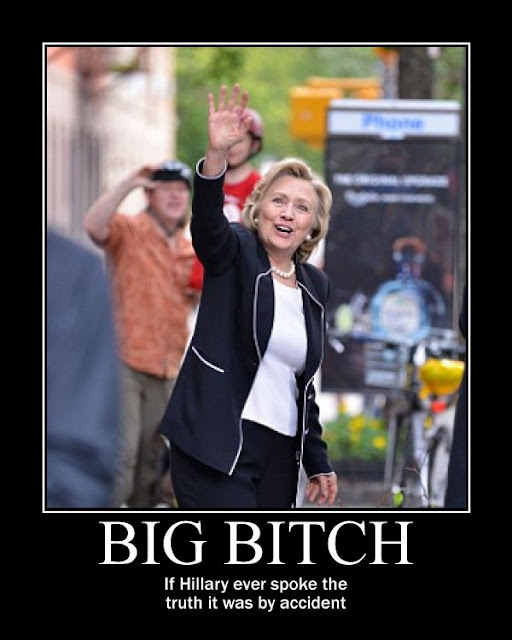 Posted by Leslie Bates at 12:39 PM No comments: 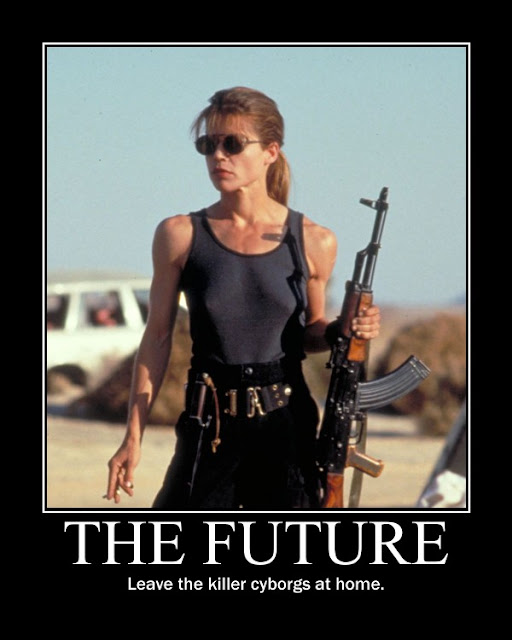 Please.
Posted by Leslie Bates at 8:35 AM No comments:

And here's a special message for those special people whose feelings are hurt at the drop of a hat*. 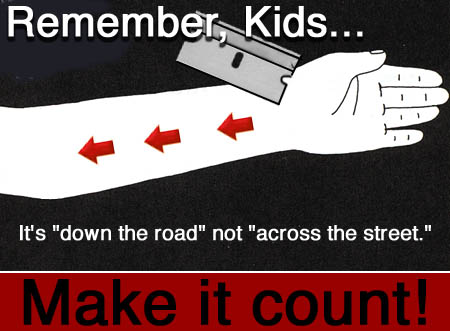 *Apart from those people whose feelings are hurt because they don't have a hat, etc.
Posted by Leslie Bates at 7:24 AM No comments:

Email ThisBlogThis!Share to TwitterShare to FacebookShare to Pinterest
Labels: And So On And So Forth, Crybabies, Stupid Progressive Tricks

This following statement is forwarded to us by Mark Urbin. 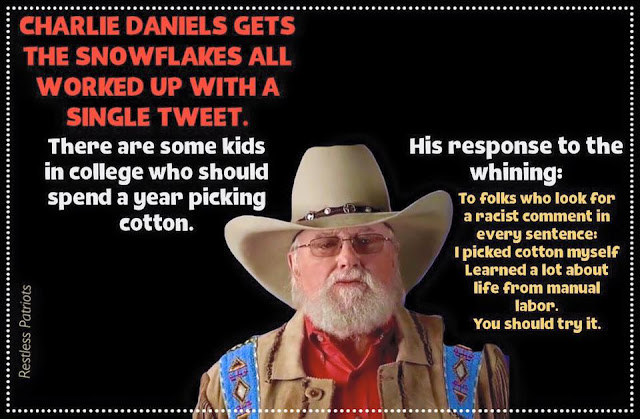 Back when there was an afternoon newspaper I delivered it after school.  I also spent the summer between high school and junior high working with other boys on an organized grass cutting project.  And during high school and tech school I worked 10-12 hours a week doing light junitorial work after classes.  Apart from the paper route all of this was for the minimum wage of less than three dollars an hour.

I have nothing but contempt for the crybabies who complain about having to do menial labor.
Posted by Leslie Bates at 10:55 AM No comments:

Democratic Government is a contradiction in terms.  Democracy is in fact the unlimited rule with the sanction of a majority.  At least it is in theory.  In fact that majority may very well be a myth.

* In 59 voting districts in the Philadelphia region, Obama received 100% of the votes with not even a single vote recorded for Romney. (A mathematical and statistical impossibility).

* In 21 districts in Wood County Ohio, Obama received 100% of the votes where GOP inspectors were illegally removed from their polling locations - and not one single vote was recorded for Romney. (Another statistical impossibility).

* The National SEAL Museum, a polling location in St. Lucie County, FL had a 158% voter turnout.

* In one Ohio County, Obama won by 108% of the total number of eligible voters.

Can we now drop the pretense that there is a government here in the United States?
Posted by Leslie Bates at 3:09 PM No comments:

Email ThisBlogThis!Share to TwitterShare to FacebookShare to Pinterest
Labels: Barack Obama is the negation of our nation, Democracy, Democratic Party, Mark Urbin 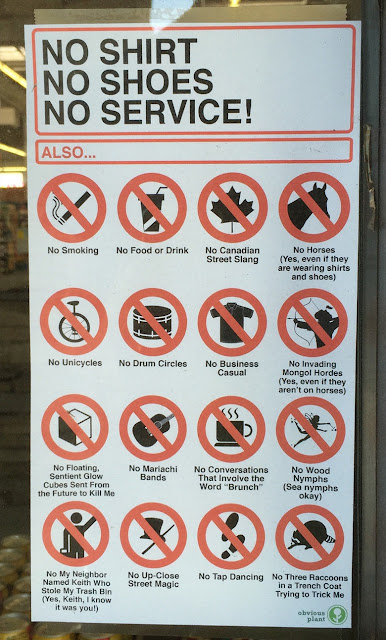 Okay, I can see the problem with Mongol horsemen.

(Thanks to Mark Urbin for the sign.)
Posted by Leslie Bates at 1:13 PM No comments:

Email ThisBlogThis!Share to TwitterShare to FacebookShare to Pinterest
Labels: Mark Urbin, No Signs 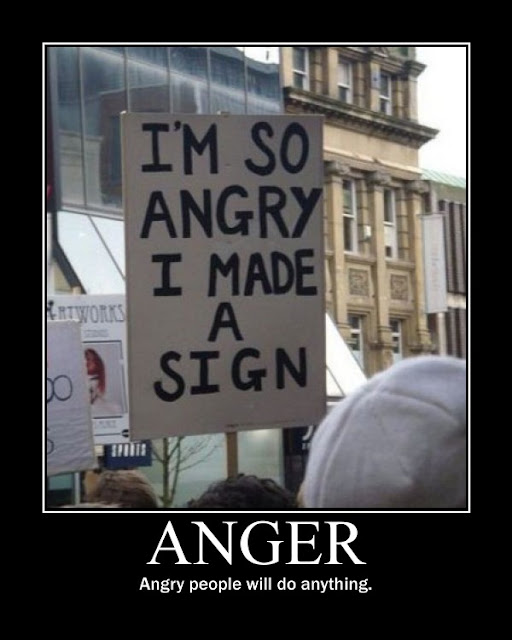 Posted by Leslie Bates at 3:41 PM No comments: