As soldiers we have to go out and engage the enemy but not everyone who does so will come back.
Posted by Leslie Bates at 3:48 PM No comments: 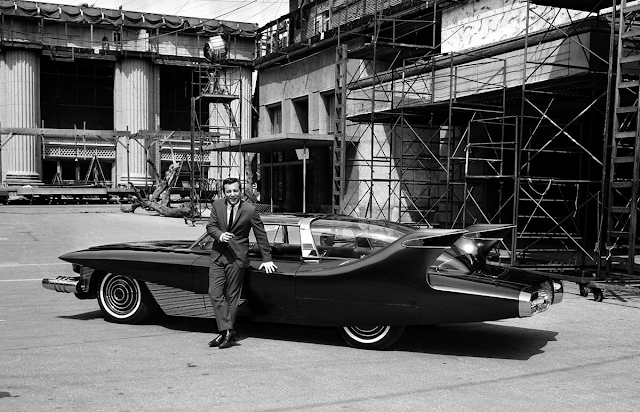 I am loathe to agree with a Communist on any point, but Comrade Khrushchev did have a valid point on the utility of tail fins on automobiles.
Posted by Leslie Bates at 10:20 PM No comments:

The following article was posted on the Harry Binswanger List:

One-line summary: You can help Objectivist novelist Edward Cline as he faces the impact of Islamic threats against him.

Last week, Objectivist novelist Edward Cline received a tenancy termination notice from his landlord because his landlord learned that the FBI visited Ed to inform him that his “Rule of Reason” column and his books, “Islam’s Reign of Terror”, “A Handbook on Islam” and his novel, “The Black Stone ” have all attracted the attention of ISIS and other Islamic terrorist groups. The landlord considers Ed’s continued tenancy a threat and doesn’t want to run the risk of Islamic-inspired murder on her doorstep.

Needless to say, this forced moved puts tremendous financial pressure on Ed. Quite frankly, at almost 70 years old, Ed doesn’t have the resources to confront it. Ed’s supporters have created a GoFundMe page to raise money to help defray Ed’s expenses.

In my view, if good people don’t stand up and help Ed fight this menace, evil wins. The Islamists would be more than happy to see Ed in the gutter. We can’t allow that to happen. We can’t say that we value our freedom of speech and then allow jihadists to silence our good friend and fellow traveler.

I ask that if you value reason, free speech, and want a world free of Islamic terrorism, that you please make a financial contribution in support of Ed Cline today. No amount is too small and every contribution counts.
Posted by Leslie Bates at 11:18 PM No comments:

Email ThisBlogThis!Share to TwitterShare to FacebookShare to Pinterest
Labels: Islam As Usual, Objectivism

Donald Trump made this statement at this year's NRA convention:

"We are going to get rid of gun free zones.  I am telling you that."

Nor only is he not Hillary Stalinova Clinton but he will actually do something positive?

Good.
Posted by Leslie Bates at 1:40 PM No comments:

This should be part of the Citizenship Course.

Posted by Leslie Bates at 9:39 PM No comments:

From chapter five of the current novel project:

He would fly to Washington was on American Airlines flight 23.  The Boeing 727 aircraft would make a stop at Chicago and then Stone would stay overnight at a Washington hotel before speaking to the committee.

But there was an interruption.

Stone sat in an isle seat in the coach class and was writing in an open notebook.  This was another chapter in the novel which described the construction of five sublight starships: Exodus, Humanity, Courage, Achievement, and Guardian.  They were two stage vessels propelled by an inertial confinement fusion drive that used Deuterium and Helium-3 for fuel.

As he roughed out the details of vessels Stone heard shouting from the middle of the coach class section.

A tall bearded man in his mid-twenties with long dark brown hair, blue eyes, and glasses, had taken one of the flight attendants as a hostage with a small automatic pistol.  The hijacker was also shouting Marxist slogans.

Great, thought Stone, another Hero of the Proletariat.

Stone closed the notebook and shifted the pen to the left hand to serve as a makeshift dagger.  With the notebook in his right hand He watched as the hijacker moved back towards the rear of the aircraft.

The hijacker fell to the deck.

Stone reached down and picked up the weapon.  It was a Walther PPK, the Polizeipistole Kriminalmodell, in the original 7.65 millimeter caliber.  The weapon still had the Waffenamt stamp for weapons issued by the Third Reich.

Nice.  He thought.  Perfect weapon for a murderer.

He pulled back the slide and ejected a round.

With the weapon in a two hand grip at the eye level Stone moved forward into the first class section.  There he found the two other hijackers.  They were screaming at the passengers and each one was holding a PPK to the head of a flight attendant and the closest of the two was facing away from him.

Stone aimed at the center of the back and fired two rounds.  As the nearest hijacker dropped to the deck he now focused on the other.  He carefully lined the sights on the right eye of the assailant.

He pulled the trigger.

A red spot appeared below the eye.

Blood and brains sprayed from the back of the head and the assailant dropped to the deck.

Stone knelt down and gently laid the weapon on the deck. He then stood and spoke.

“Could someone tell the Captain that the situation is resolved?”

On the ground he was personally debriefed by the head of the FBI field office in Chicago, who in turn was stunned to hear that Stone wanted no publicity about his actions on the aircraft.

“Sir, we are at war.  Our enemy sees us as either things to be used or trash to be disposed of.  And they absolutely hate those who raise a hand in defiance.  They are driven by emotion and the primary objects of their hatreds are those who stand against them.  Any publicity on my actions in this incident will be an effective death sentence.  Do you understand, sir?”

The senior agent stared for a moment before answering.

Stone would stay overnight in a hotel near O’Hare Airport before moving on to Washington.
Posted by Leslie Bates at 2:00 AM No comments:

A bit over a century ago this nation was governed by rational citizens who in turn were led by men that performed their civic and military duties in a manner commensurate with their social standing. 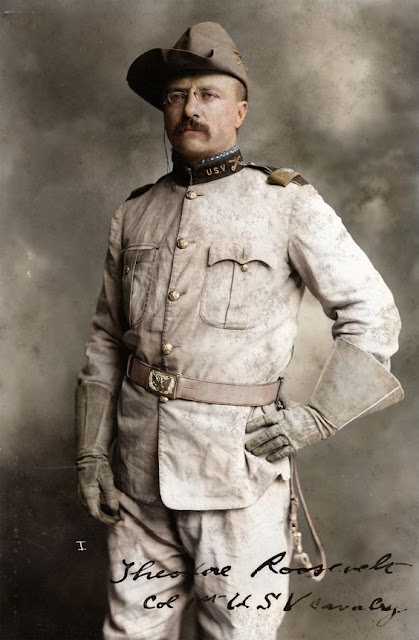 But today we are subject to the literal whims of creatures with absolutely no understanding of Human Life or of the responsibilities of citizenship.  They scream and throw temper tantrums that would embarass an actual child while making demands that are absolutely insane.  Their inorance of ethics and economics lead to demands that could only be enforced by those with an total lack of conscience such as Pol Pot and the Khmer Rouge.

This is the face of our new rulers: 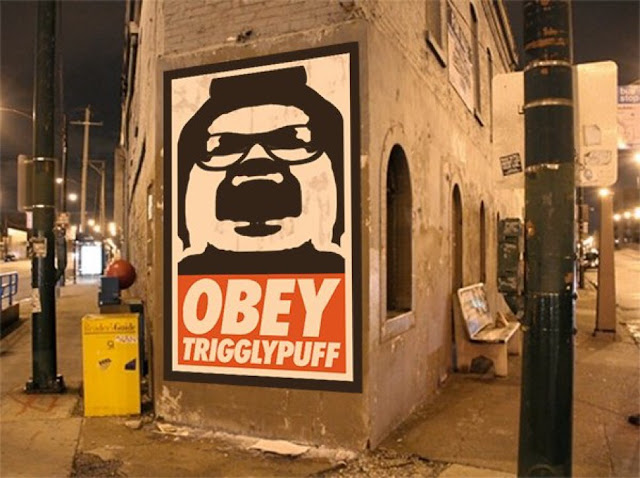 Non-sentient animals who deserve only our contempt.

But these walking brain death cases didn't appear out of nowhere.  Their precursors, and actual mothers, had made themselves known.

Twenty five years ago when I was an active member of the Libertarian Party a group of the precursors made an appearance at a Tax Day protest:

Who, you may ask, are the Art Sluts?


Once upon a time ago (during Gulf War I) when I was an active member, the Libertarian Party of Minnesota was holding their Tax Day demonstration by the west entrance of the Minneapolis post office. We were handing out our party theft day literature to our fellow victims of socialist compassion. I was at the time wearing a dress shirt and tie to distinguish myself the Grassroots Party in their more proletarian garb. This didn't always succeed, as there was one woman who thought I was pothead and exhibited a near-psychotic fear of same.


But since the Grassroots crowd were a bunch of socialists perhaps that fear wasn't so irrational.


At about ten p.m., a dozen (my estimate, I didn't get an exact count) female humanoids (they were shaped like females) in tight black somethings came marching by wearing gas masks (not something one would want to wear in cold weather) and big--like three foot wide--yellow bows with price tags marked "$60,000,000,000" They were handing out little red cards identifying themselves as "Sluts for Peace/Art/Humanity/Sanity and the Earth". (With a name like that, did they really expect to be taken seriously?)
One side of their card read:

Midnight approaches. Let's talk about death and taxes. (They weren't very talkative) How much did you pay? For what? We see red. (One really can't see very much in a gas mask.)


The other side of the card read as follows:


Stay where you are now silent, or
Let us assist you in asking
Universal Questions about life.
This is it, our only life on earth;
Speak to your heart.


Now if they really wanted an emotional conversation (Oh wow man! Reason! What a concept!) the least they could have done was to leave a phone number where they could be reached. As it is, this was simply another instance of mindless posturing, (possibly a "New Age" voodoo ceremony or a audition for a NEA or other government arts grant) interfering with rational political discourse. I had to explain to someone that I was not one of the Art Sluts before he would take one of our Libertarian theft day fliers. At the time I thought that at future demonstrations I should wear my BDU Woodland pattern cammo jacket.

Nonsense is nonsense.
Posted by Leslie Bates at 6:51 AM No comments:

--Florence Ambrose
Posted by Leslie Bates at 1:55 PM No comments:

If elected I will open the United States to refugees from Islamic oppression in the former nations of Europe that have surrendered to the Muslim invasion.
Posted by Leslie Bates at 4:32 PM No comments:

Email ThisBlogThis!Share to TwitterShare to FacebookShare to Pinterest
Labels: Etc, Islam As Usual

Posted by Leslie Bates at 10:29 PM No comments:


Posted by Leslie Bates at 7:33 AM No comments:

Venezuela is out of beer.

Thanks to Mark Urbin for the link.
Posted by Leslie Bates at 12:41 PM No comments:

There's a line I want to use in my novel project:

"You madam, would orally gratify a Soviet commissar at the first opportunity."