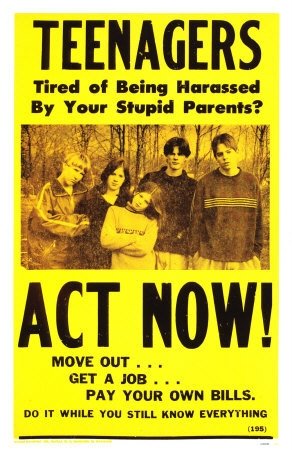 Posted by Leslie Bates at 9:35 PM No comments:

There's no question that a bad weekend can happen, but some stories are simply too much to believe. 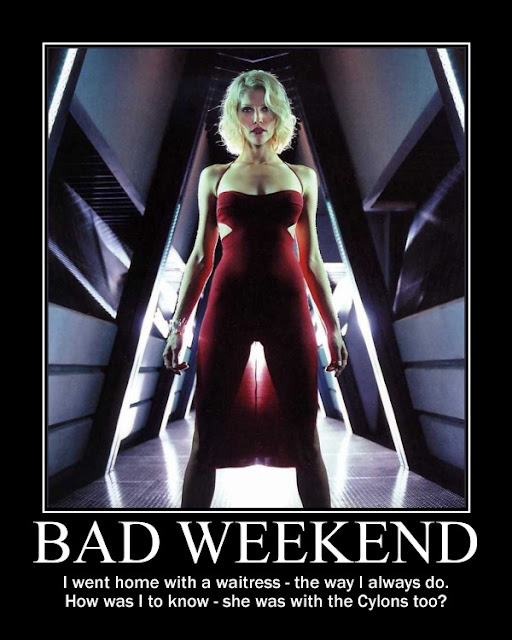 Posted by Leslie Bates at 12:50 AM No comments: 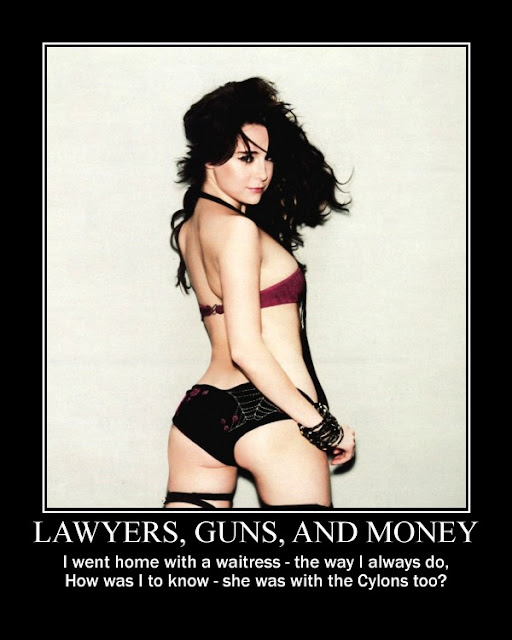 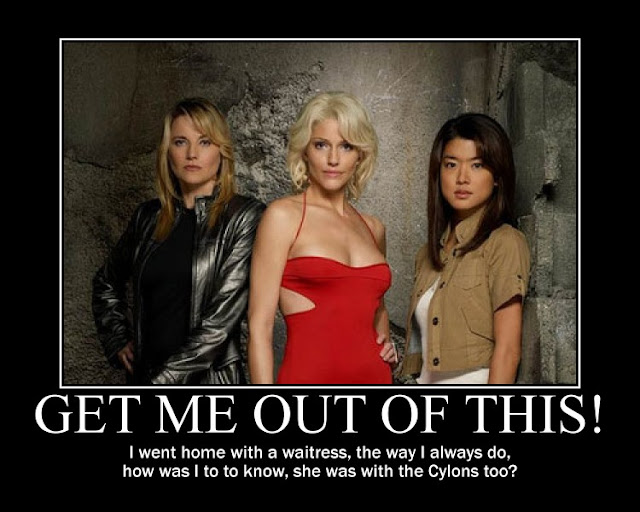 Posted by Leslie Bates at 12:05 AM No comments:

This image was on the opening page of the American edition of the Daily Mail: 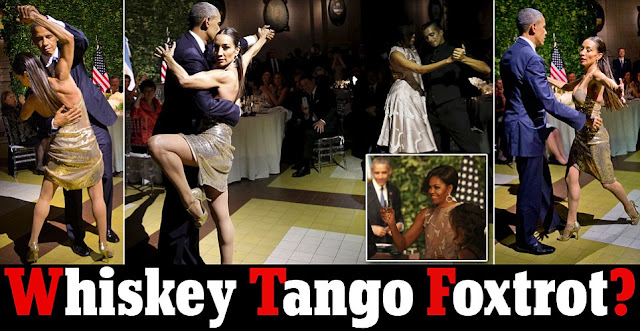 If we had an actually functioning government then Barrack Obama, Hillary Clinton, and most of the political establishment would have been put to death for treason.  And the abomination known as the Kaaba would have been erased from the face of the Earth.  And the doctrine known as Islam would have joined Soviet Communism and National Socialism in the dustbin of history.

MILITARY COUP NOW!
Posted by Leslie Bates at 12:07 AM No comments:

I usually have something to say after an attack by Muslims but why bother?

Posted by Leslie Bates at 4:59 PM No comments:

Thought, Motivation, and a Review

Mark Urbin has provided this image. 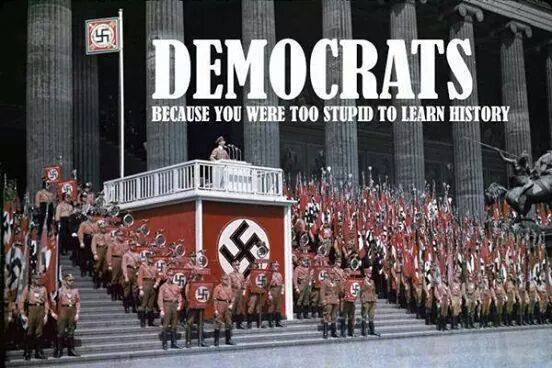 Those who are ignorant of history are a high sought after voting bloc. 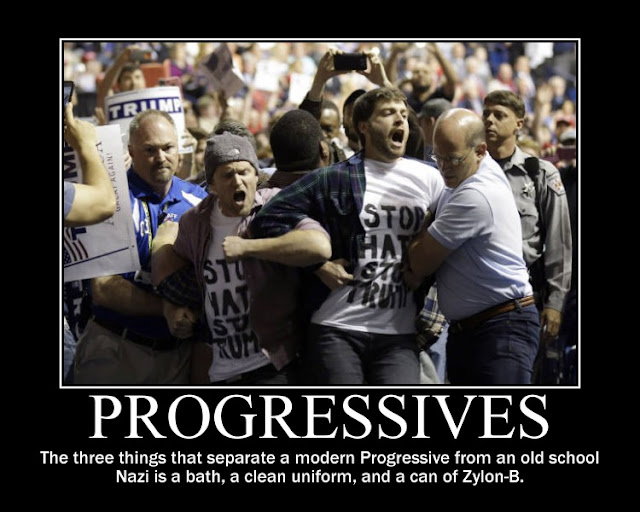 
This book asks: "What caused Nazi Germany?" Unlike lesser attempts to explain that blood bath, The Ominous Parallels answers: "The same philosophies that are prevalent in the United States of America." Dr. Peikoff argues convincingly that in both countries the intellectual, educational and political leadership share, explicitly or implicitly, the same core ideologies. These ideologies submit that reality is subjective--a malleable illusion; emotions are the proper guide to human action--especially the emotions of race and the tribe, which cannot be understood by outsiders; self-sacrifice for the sake of others should usurp a man's own desires--and the state must take any necessary action to ensure that sacrifice. These ideologies demand that "individual selfishness" does not obstruct the path of "the public interest."

From Part One, Chapter One: " 'To be a socialist,' says Goebbels, 'is to submit the I to the thou; socialism is sacrificing the individual to the whole.' By this definition, the Nazis practiced what they preached. They practiced it at home and then abroad. No one can claim that they did not sacrifice enough individuals."

The underlying theme in The Ominous Parallels is how philosophy shapes cultures, and reading this book, it is difficult to escape a feeling of hopeless dread; of being caught in racing floodwaters and swept madly toward a destruction you are helpless to prevent. Given the theme of this nation's descent into fascism, and Dr. Peikoff's uncompromising method of proving it, that is the proper effect.

The conclusion of The Ominous Parallels is not that we are helplessly destined to go to the same lengths down the same road as Germany. The conclusion is that it is time for us to choose whether or not we will; that if we fail to consciously decide, the decision will be made for us. Contrary to the bleating of irrationalists then or now, it is only a coherent philosophy of reason and individual rights which will give us the means to choose not to become our own slaughterhouse.

Dr. Peikoff shows that such a philosophy is not prevalent in the United States because, although this nation was unique in being founded on philosophic ideals (rather than arbitrary land-grabs and tribal warfare), it was ultimately lacking a coherent detailed formulation of those ideals, as well as the Aristotelian philosophers to create one. Independence from Europe was only won physically--not ideologically. "The land of poets and philosophers was brought down by its poets and philosophers," says Peikoff. The resulting bowel movement of docile Nazi sheep who obeyed their Fuhrer because they obeyed their philosophers could indeed be us, for their philosophers--their pragmatists and Kants, their Hegels and Marxes--are ours
by adoption.

We do have one trump card, "...the philosophical breach between the American people and the intellectuals." In Germany, the intellectuals and the people were united in ideology, feeling at home in their country and with each other. This, says Peikoff, is not yet the case in America. Peikoff's book will help to keep it that way.


What are your questions?
Posted by Leslie Bates at 1:40 PM No comments: 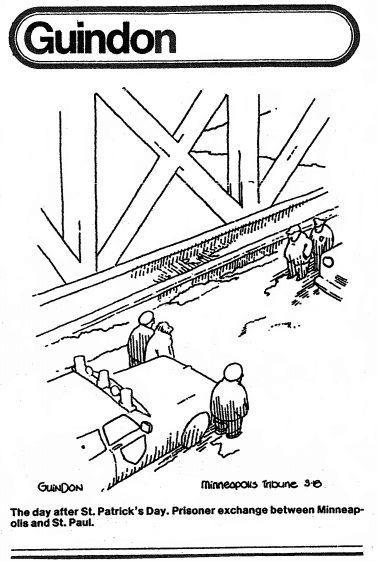 Yes, I know it's really old but I had to post it.
Posted by Leslie Bates at 2:02 AM No comments:

One Hundred Years Ago Today 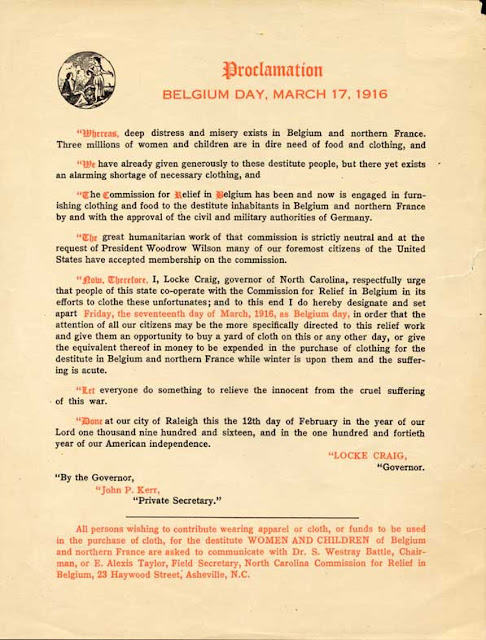 From Dying Splendor Of The Old World.
Posted by Leslie Bates at 9:51 AM No comments:

Rats found in Hillary's basement, cause of death ruled suicide.

(Original Post)
Posted by Leslie Bates at 4:42 PM No comments:

On this day in 709 ab urbe condita the original perpetual dictator was disposed of. 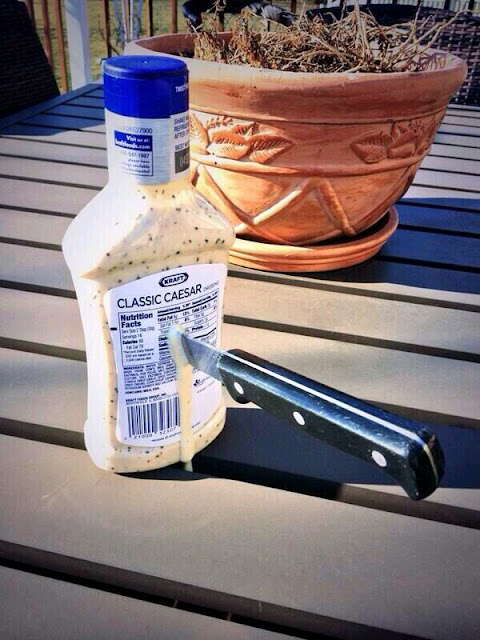 Thanks to Mark Urbin for the image.
Posted by Leslie Bates at 2:40 PM No comments:

Hitler and Mussolini used to disrupt their political’ opponents’ meetings and speeches, Hitler’s gangs with truncheons, Mussolini’s with castor oil which they forcibly fed to opposition leaders. These tactics had been honed by the Reds before the Revolution, and were exported for use by the Communists in various parts of Europe. To the best of my knowledge there have been no such operations by Trump’s followers, but apparently there are increasing numbers of protests at his meetings. While there have always been some roughhousing and scuffles in American politics, raiding each other’s gatherings has not been traditional, with some exceptions. More usual is getting yourself thrown out of someone else’s meetings, thus getting the publicity rather than the speaker. I expect to see a lot of that in the next few weeks, and a great deal more after the conventions.

So far no Castor Oil, and I expect Trump and his followers are too smart to retaliate in kind; but we’ll see. Interesting times indeed. And as you say, they are protesting what he is fighting. I saw a number of “Veterans for Trump” looking rather disgruntled but doing nothing.  The US Army, led by West Pointers, is not the Wehrmacht of the Thirties, nor is the American Legion anything like the Stahlhut. But there are veterans of the Iraqi wars not all that much older than the protesters, and it is rather unwise to taunt them beyond the limits of patience.  Eventually that is going to happen and the result will not be pretty.  Today’s veterans are all veterans of a volunteer army; very few squishes among them.

Email ThisBlogThis!Share to TwitterShare to FacebookShare to Pinterest
Labels: And So On And So Forth, Brownshirts, Stupid Progressive Tricks

H. Beam Piper on how to deal with Brownshirts (Space Viking-1964):

“Put up about fifty combat-cars. Drawn a deadline, and opened fire as soon as the mob crossed it, and kept firing till the survivors turned tail and ran. Then send out more cars, and shot everybody wearing a People’s Watchman uniform, all over town.  Inside forty-eight hours, there’d be no People’s Welfare party and no Zaspar Makann either.”


To those who value power over all else, no act is too depraved and no bodycount is too high.

Kill them all before it's too late.
Posted by Leslie Bates at 11:42 PM No comments:

In a post concerning another act of extermination I said:

﻿I’ll start with a parable.

A small town was once attacked by a pack of wolves. Some of the inhabitants - - men, women, and children - - were maimed and killed by the wolves.

The men of the town armed themselves and tracked the wolf pack back to its lair and proceeded to kill every member of the pack. And when the guns fell silent the only sound was a whimper emanating from a hollow beneath a tree stump.

In the hollow was a newborn wolf cub. One of the men, a bald fellow who wore glasses and a old black field jacket, shot the wolf cub with his rifle.

Another man asked the bald guy, “it didn’t harm anyone, why did you kill it?”

Mark Urbin has provided this image on his tumbler site: 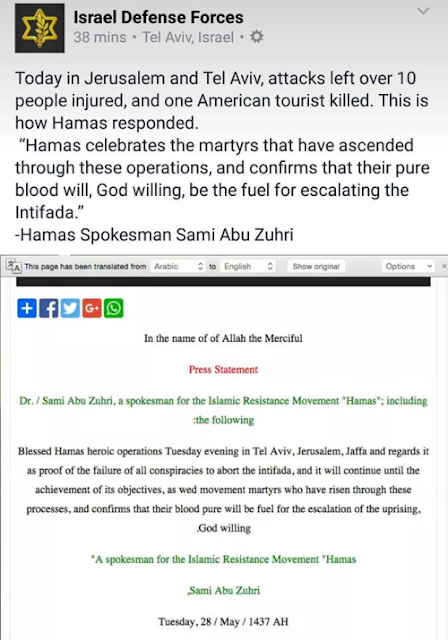 How does one answer this?

How can there be a rational response to such absolute depravity?

How can there be peace with those whose dearest wish is to murder you and your children?

It is simply impossible.

Human actions are subject to choice, but to live a Human life one must be aware how to be Human.  A child must know that there is an alternative to being a murderer.  But those children raised under the guidance of Hamas know only murder as their goal in life.  Although they are human in physical form in mind they were made to be monsters programmed to destroy. And in order to live a proper human life we must destroy them.

Destroy or be destroyed, there is no choice for us.
Posted by Leslie Bates at 10:19 PM No comments:

A nice Jewish young lady has reported on some of the noise generated by what we politely call the other side:

Palestinian Supporters: “Israeli forces shot this poor Martyr and killed him. He wasn’t doing anything wrong, he was just killing Jews, those damn occupiers, ISRAHELL IS A TERRORIST STATE!”

Given that it appears that such persons cannot get out of bed at whatever time of day without divine or diabolical intervention I will have to seriously reconsider my current standing position on the existence of God.

Thanks to Mark Urbin for the link.
Posted by Leslie Bates at 6:06 PM No comments:

The nice thing about adult film work is you’re allowed to swear when you reply.

From CLIENTS FROM HELL.

Posted by Leslie Bates at 1:31 AM No comments: 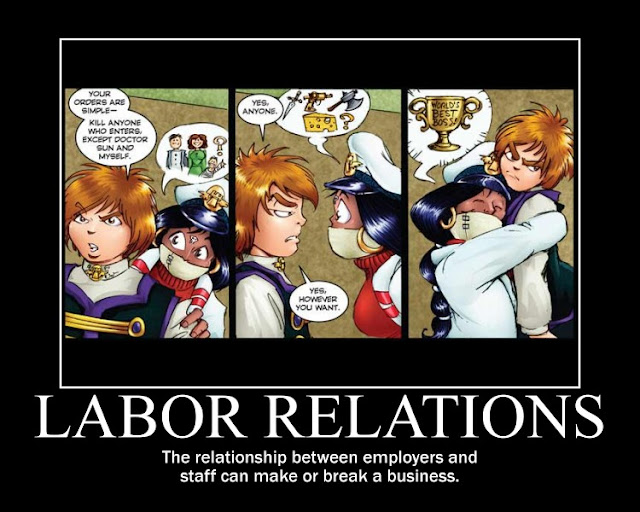 Posted by Leslie Bates at 11:31 PM No comments:

Email ThisBlogThis!Share to TwitterShare to FacebookShare to Pinterest
Labels: Motivation

Another Thought For The Day 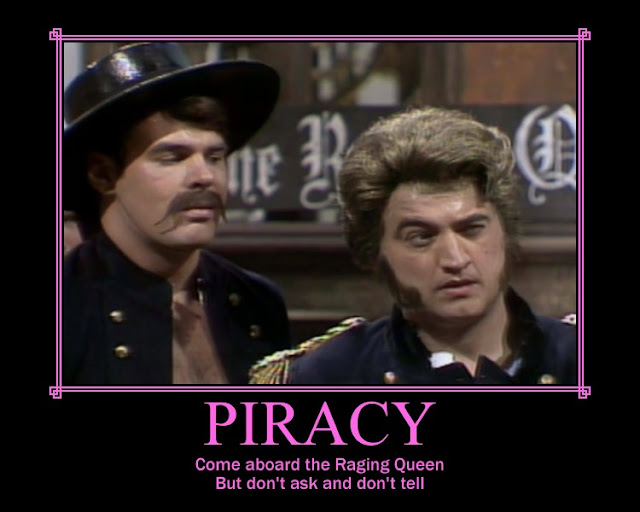 Posted by Leslie Bates at 11:56 AM No comments: 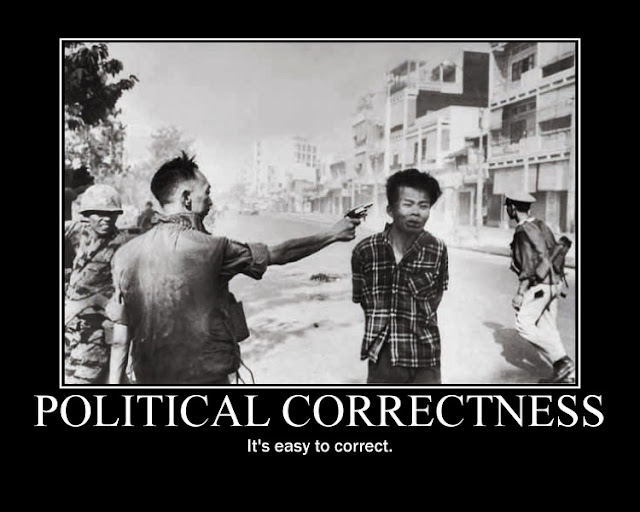 Posted by Leslie Bates at 10:07 AM No comments:

The Political Landscape by Mark Urbin
Posted by Leslie Bates at 1:58 PM No comments:

Email ThisBlogThis!Share to TwitterShare to FacebookShare to Pinterest
Labels: And So On And So Forth, Mark Urbin, Stupid Politician Tricks
Newer Posts Older Posts Home
Subscribe to: Posts (Atom)