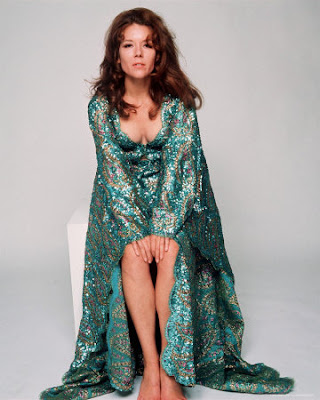 And Now A Word From Comrade Stalin 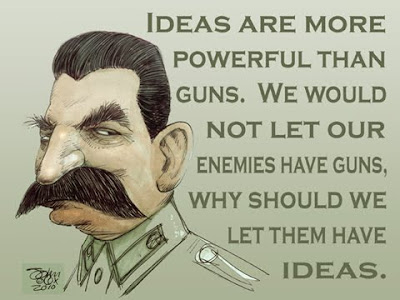 From the site of cartoonist John Cox.

"I've learned the hard way that you never play with anything that has a name over six syllables long."

Like I also need to get back to work on my screenplay for a Traveller film.
_
Posted by Leslie Bates at 4:57 PM No comments:

I'd say "Happy Mass Murderer Day", but that would make me sound like that idiot who's presently married to Barbara Streisand.

Once again the self-styled "Progressives", whose only real progress has been in inventing new excuses for stone age bad behavior, are taking time out from their efforts to turn their respective countries into unspeakable hellholes to celebrate a holiday that they stole from a bunch of heathens.

They still call it May Day. I've started calling it Mass Murderer Day.

For a number of years I have mocked the present occupant of a stolen U.S. Senate seat Al Franken. Ayn Rand once said that it was morally acceptable mock evil as long as it was recognized as evil. So once again I present:

"I'm going to execute and expropriate today just for the heck of it because, gosh darn it, I deserve to have a good time."

"I deserve all the mass adulation from the people I can get without feeling ashamed or being grandiose."

"I will express my feelings today. I will not hide them behind my mustache. My mustache is not a mask for my feelings, but rather a small patch of facial hair that covers my inadequacies."

"Just because I execute Christians and counter-revolutionaries does not mean I'm an mass-murdering psychopath like my father."

"If I must violently put down a counter-revolution today, it is not because I am a bad person or that I am not worthy of love; it is because my people are a bunch of religion-addicted capitalist sons-of-bitches--and I am mean enough, ruthless enough, and dog gone it, people fear me."
__
Posted by Leslie Bates at 1:03 AM No comments: