A Fact Of Reality 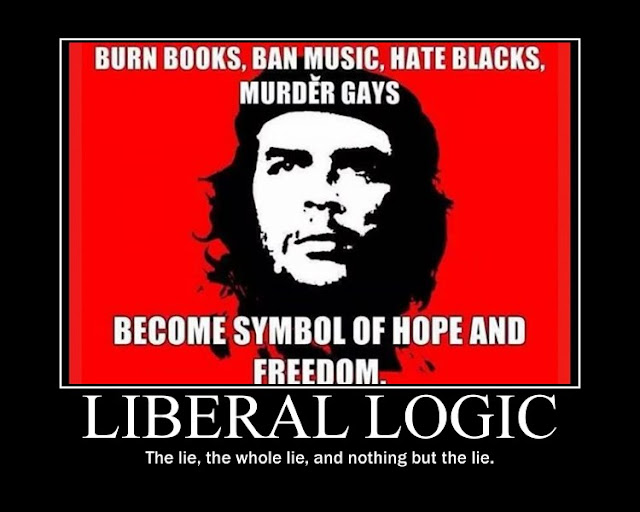 Posted by Leslie Bates at 8:25 PM No comments:

Mark Urbin brings us another reminder about reality:

A day without Socialism is like a day without starvation, slavery, and murder.
Posted by Leslie Bates at 5:58 PM No comments:

On The Big Bitch

I once wrote this about Hillary Clinton:

Do I want Hillary to be elected president?

I certainly do not.

Whereas I usually have a deep loathing for the ordinary socialist, who is either a moron or a parasite with delusions of cleverness. I have to admit that I am afraid of Hillary. This individual appears to have no internal moral governor. No sense of shame or decency. None of the respect that ordinary people have for other persons.

Whereas Republican Presidents, and Jimmy Carter, were Christian gentlemen and behaved appropriately, Hillary appears, even as the so-called First Lady, to have assumed the demeanor of the totalitarian ubermensch. Showing what appears to be utter contempt for mere mortals, even those who are tasked with the protection of her life.

For all of his monsterousness even Adolf Hitler was not so stupid as to piss on his own security detail. Hillary, on the other hand, appears to be asking for it. I simply cannot imagine any Secret Service Agent taking a bullet for her.

The fact of the matter is that I am afraid of Hillary and what she will do if she were to be elected to the office of President.

She appears to have an unrestrained lust for power. She appears to look upon those of us who rationally refuse to submit to her will as criminals.

And I''m fully in favor of a military coup to overthrow her.
Posted by Leslie Bates at 10:41 PM 1 comment:

U.S. Airman Spencer Stone and Oregon Guardsman Alek Skarlatos will likely be charged with a Hate Crime at the direction of The Big Zero for interfering with an act of Islamic worship.

Seriously, I do believe that The Big Zero is in fact that stupid.
Posted by Leslie Bates at 12:31 PM No comments:

Email ThisBlogThis!Share to TwitterShare to FacebookShare to Pinterest
Labels: Barack Obama is the negation of our nation, Islamic Terrorism, Stupid Presidential Tricks

News From The Future 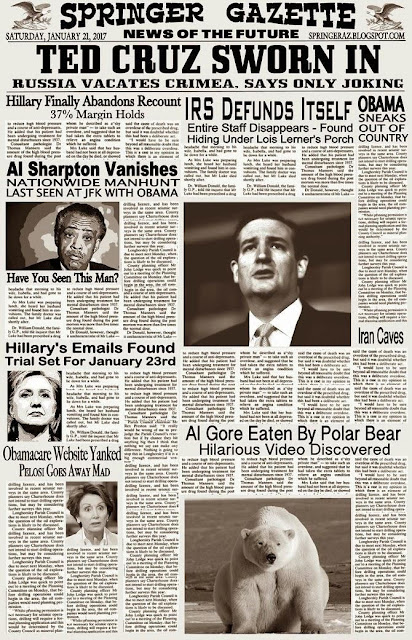 Granted the belief is paranoid but it's also seriously disconnected from reality.  Such a conspiracy requires a level of competence well above anything shown by The Big Zero and his minions.

Email ThisBlogThis!Share to TwitterShare to FacebookShare to Pinterest
Labels: Barack Obama couldn't govern his way out of a wet paper bag in a torrential downpour, Hillary Clinton and Barack Obama are the negation of the nation, Stupid Progressive Tricks

Dealing With The Depraved

Thanks to Mark Urbin for this image:

Where do I begin?

This being (I won’t call it Human, let alone an American) is openly calling for the mass murder of innocent people.  People who have clearly done nothing wrong and are living a proper and productive Human life.

We’ve seen this before and it’s a very old story.

As properly armed citizens of the United States we have made every effort to reason with those disagree with us.  But like this being some have rejected reason and embraced the desire to murder the innocent.  As history has clearly shown such individuals can only be put to death.

What are your questions on this block of instruction?
Posted by Leslie Bates at 12:27 PM No comments:

Another Step Closer To Starship Troopers

Mark Urbin has posted this report of non-sentience on his Tumbr site: 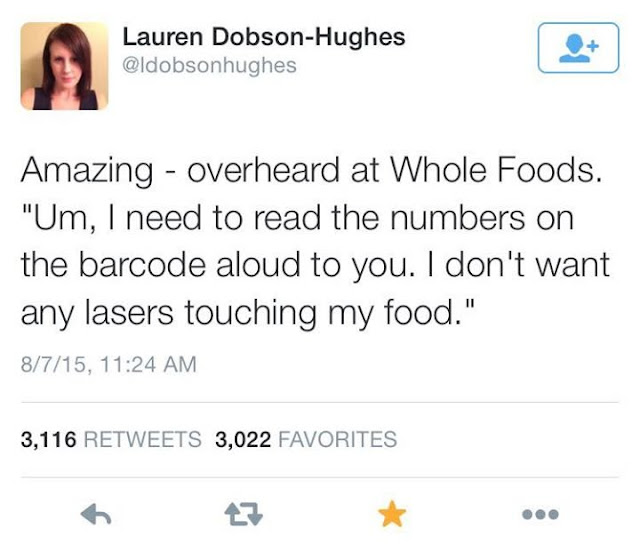 Seriously, I have to wonder how the individual overheard (and others like him, her, or it) saying this could get out of bed (at whatever time of the day) without accidentally killing themselves.

Seriously, The Stupid is strong with this one.  In apparent fact The Stupid is so strong that the peace activist fools that provoked Robert Heinlein into writing Starship Troopers are effective geniuses in comparison.

So why did he write it?

While the citizenship course will not be mandatory, completion and a passing grade will be required to exercise the authority to vote.
Posted by Leslie Bates at 12:39 PM No comments: 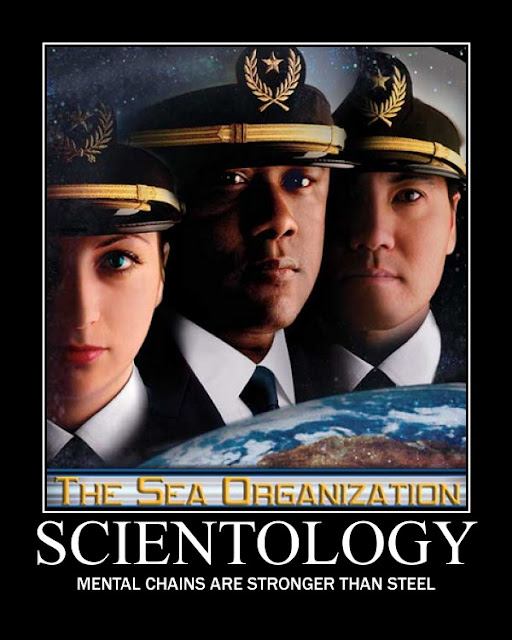 It's appalling what someone will do in the service of a false holy cause.
Posted by Leslie Bates at 11:02 PM No comments: 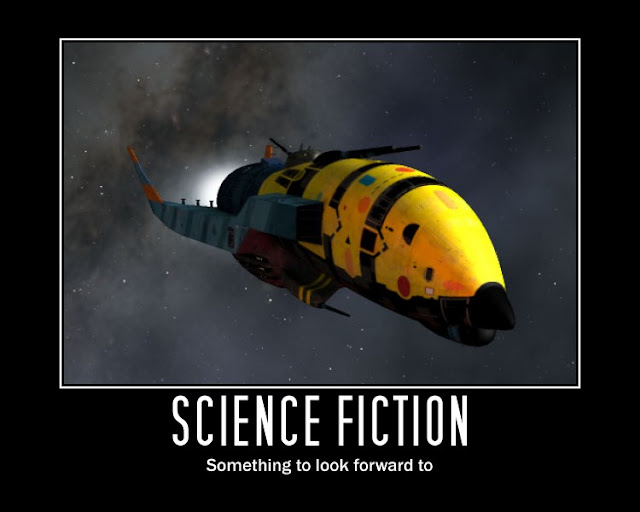 Posted by Leslie Bates at 5:08 AM No comments: 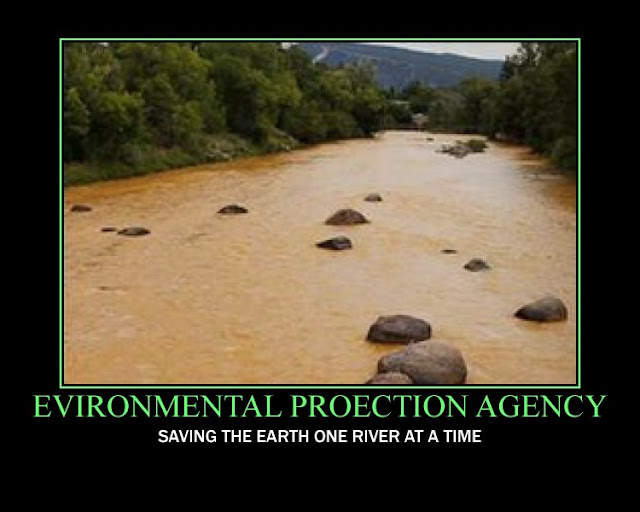 This is what happens when a government agency is in charge of anything.

Any competence in the EPA is pure fiction.
Posted by Leslie Bates at 7:00 AM No comments:

“It is dangerous to be right when the government is wrong.”

– Voltaire
Posted by Leslie Bates at 12:26 PM No comments:

Pinball is not a spectator sport and if I were riding in the back seat of a Cadillac with Ann-Margaret wrapped around me I would smile like an idiot too.
Posted by Leslie Bates at 7:55 AM No comments:

Email ThisBlogThis!Share to TwitterShare to FacebookShare to Pinterest
Labels: Cinema, The Who, Tommy 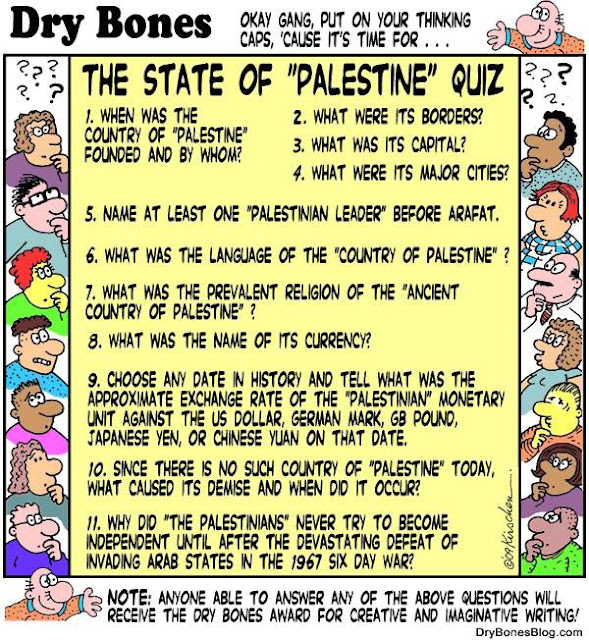 Thanks to Mark Urbin for posting this--seriously I should check out the Dry Bones site more often.

We should remember that the so-called Palestinian people are are the descendants of those who conquered the ancient Kingdom of Judea--the Roman Empire and the Muslim Jihad--along with the collaborators.   And as Islam flat out denies the Rights of Man no Islamic state can claim sovereign status.
Posted by Leslie Bates at 6:13 PM 3 comments:

Wow...it's no wonder that evil POS Hubbard went into hiding.
Posted by Leslie Bates at 9:15 AM No comments:

On this day 70 years ago the first operational nuclear weapon was used against a nation that initiated a war against the United States and I fully expect The Big Zero to openly condemn the action.
Posted by Leslie Bates at 2:04 AM No comments:

Email ThisBlogThis!Share to TwitterShare to FacebookShare to Pinterest
Labels: Barack Obama is the negation of our nation, Nuclear Weapons, World War II

The scientific concept, dictatorship, means neither more or less than unlimited power resting directly on force, not limited by anything, not restrained by any laws or any absolute rules. Nothing else but that.

Without the restraints of real legislation or of the natural and permanent moral laws we are left with one thing--the law of the jungle--to kill or to be killed.

It is impossible to reason with, negotiate with, or otherwise peacefully coexist with any person, any group, or any nation, that believes that it has the right to control you or to take things from you by force. Such persons or entities can only be physically isolated from you or ultimately destroyed.

Peace is the absence of enemies but it is not, as some wish to believe, priceless.

As long as there is one Communist who lives there will be no peace. This also applies to Islam.
Posted by Leslie Bates at 7:08 AM No comments:

The walking brain death cases are making a fuss over the apparent poaching of Cecil the Lion because it allows them to ignore the insanities and outright atrocities being committed here in the United States.

Posted by Leslie Bates at 3:06 PM No comments: