Heinlein wrote the novel to be the part of the juvenile series of science fiction novels published by Scribners and as a response to pro-Soviet peace activism. In the novel a young man grows from a naive high school student to a junior officer in the army. The narrative of the novel also serves as the framework for a series of lectures about the nature of man, morals, war, and government. The most controversial concept in the novel is that not everyone should be allowed to vote. In the place of universal suffrage Heinlein proposed the idea that the legal status of Citizen, who is a member of the sovereign class of the nation with the authority to vote, has to be earned.    Then as now there were people who clearly didn’t understand the concept of government. Then as now there were those who sought to exploit the ignorance of the mere voter in order to obtain political power. And worse to obtain power without restraint.  Heinlein had proposed the idea of earning the sovereign franchise as a filtering mechanism to prevent obvious fools--such as peace activists--from influencing government.

The idea of the restricted franchise is not new. In the Polis of Athens the franchise was restricted to property owning members of the tribe but there was no legal restraint on the state. As history had shown this led to dysfunctions such as legal murder of Socrates. It was not enough to restrict the powers of government but to restrict who could actually participate in the process of governing.  In effect to idiot-proof the system.

The result is out present state of our nation. Those who lack knowledge or simple concern for consequences should not have authority over another person, let alone the fate of a nation.  My solution to the problem is simply proper education in the obligations of citizenship.   The course would be similar to a driver education course as presently taught. The first part of the class covers The Constitution, the proper functions of each branch of government, the function of each clause and amendment, the duties of the citizen as a member of the sovereign authority of the nation, and what is expected to happen when the Federal Government enters the failure mode.  The second part of the course covers the function and use of the instrument of political authority, the personal weapon. This covers rifle marksmanship and maintenance. Also covered is the basic organization and tactics of the citizen militia unit.

While the citizenship course will not be mandatory, completion and a passing grade will be required to exercise the authority to vote.
Posted by Leslie Bates at 12:56 PM No comments:

Never allow the enemy to have a safe space.  Toss a couple of hand grenades in and then shoot every last one of them.  Remember, when you fighting for your life then anything goes, there are no exceptions. And also remember, a vote for for Hillary Clinton is a vote for a civil war.  They will kill every one of us they can find  They will murder every wife and child they can find and they will  make no exceptions..  There are no excuses and we must make no exceptions when we wipe them out in return.
Posted by Leslie Bates at 12:30 PM No comments:

Email ThisBlogThis!Share to TwitterShare to FacebookShare to Pinterest
Labels: Hillary Clinton and Barack Obama are the negation of the nation

They leap at the chance to rob and murder and then complain that they are treated as robbers and murderers.   They refuse to apologize for their actions but demand that we apologize for ours.

Sometimes I just want to scream.

Posted by Leslie Bates at 7:44 AM No comments:

Once upon a time ago I was working on a bit fiction set in the Official Traveller Universe:

Ian saw that the old bakery building at 22nd Avenue and Washington Street was boarded up again, another attempt to redevelop the property without demolishing the original single story brick structure had failed.

Plastered all over the structure were posters showing a black and white photograph of a sixty-ish woman, with short fake blonde hair, a standard nine-millimeter service pistol was aimed at her head. The hammer of the pistol in the photograph was blurred as though it were falling on the firing pin.

Over the photograph on the poster in all capital letters was the one word, REMEMBER.

"I'm sorry sir," said the Chief as he pointed to the posters, "but I'm not fully familiar with that bit of Terran history."

"Well," Ian replied, "That's Saint Hillary, a martyr for the holy cause of Democracy. She was just a stupid old bitch who believed that being democratically elected somehow constituted an excuse for abusive and destructive behavior."
Posted by Leslie Bates at 4:21 PM No comments:

Email ThisBlogThis!Share to TwitterShare to FacebookShare to Pinterest
Labels: Hillary Clinton is a miserable failure

Today is Talk Like A Pirate Day.  To honor this day I am reposting the following:

Once you've gotten in touch with your inner pirate, the job is not over. Remember to consult the Affirmations for your Inner Pirate:

Monday:
"I'm going to rape and pillage today just for the heck of it because, gosh darn it, I deserve to have a good time."

Wednesday:
"I deserve all the loot and booty I can carry without feeling ashamed or being grandiose."

Thursday:
"I will express my feelings today. I will not hide them behind my eyepatch. My eyepatch is not a mask for my feelings, but rather a small swatch of leather that covers a hideous scar."

Friday:
"When I overtake that merchants vessel, I will not be playing those parent tapes in my head: "You wield a cutlass like a girl" . . . "Why can't you be more like Blackbeard's son?" . . . "Philosophy? What kind of major is that? It's useless!"

Saturday:
"Just because I indulge in wine and wenches does not mean I'm an alcoholic sex-addict like my father."

Sunday:
"If I must violently put down a mutiny today, it is not because I am a bad person or that I am not worthy of love; it is because my crew are a bunch of yellow-bellied, lily-livered sons-of-whores--and I am mean enough, ruthless enough, and dog gone it, people fear me."

transcribed by James R. Torrence
Arrrrrr...
Posted by Leslie Bates at 1:11 AM No comments: 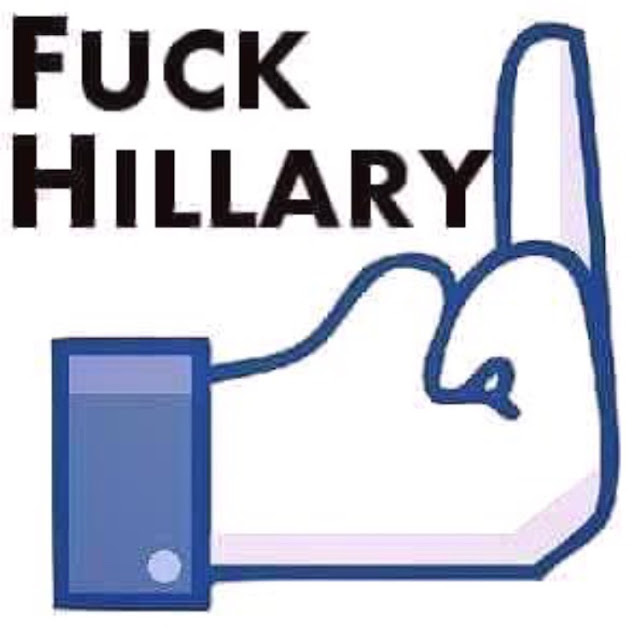 I want to see her in prison.
Posted by Leslie Bates at 11:58 AM No comments:

Email ThisBlogThis!Share to TwitterShare to FacebookShare to Pinterest
Labels: Hillary Clinton is a miserable failure

I've had  pneumonia and it damned near killed me.

So when Hillary Clinton is claiming that her very apparent health problems are due to pneumonia I'm not about to believe her.

Posted by Leslie Bates at 10:34 AM No comments:

When has a Democrat not lied?
Posted by Leslie Bates at 5:21 PM No comments:

For those who are victims of the public schools and mainstream media a fifteen years ago a group of Muslims managed to hijack four commercial airliners and crashed three of them into each of the main towers of the World Trade Center and the Pentagon.   We have yet to properly respond to this atrocity.

By a proper response I mean that we should have erased the abomination commonly known as a Kaaba from the face of the Earth with a high yield thermonuclear weapon.  And in doing so we would have demonstrated that the deity known as Allah was without question a false god and the  doctrine known as Islam was an absolute load of nonsense.

Of course there will be those who point a finger at me and scream that I'm expressing hatred.

If we would hang a traitor once in a while (pour encourager l'outres) they wouldn't be so annoying. 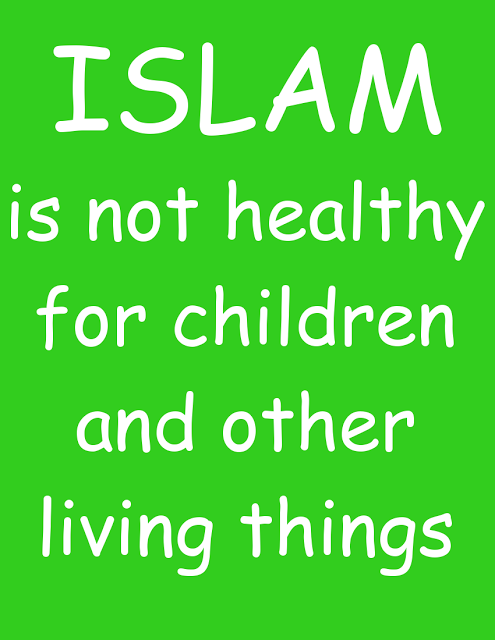 Posted by Leslie Bates at 6:27 AM No comments:

What the Republican Party needs to get through their collective skulls right now is the fact that the age of politics as usual is over.  No more compromise. No more deals. No more bipartisanship.

There must be a radical clean up of the mess that the Left has created. The partisans of socialism must be systematically removed from our public institutions. And if we are to have a future as the core nation of our civilization we must make a special effort to clean out the Augean Stables that our educational establishment has become under the tutelage of the Left.  And we must with volume and clarity tell the spoiled brats who imagine themselves to be the heirs of Marx and Lenin to grow up or get out.

And of course if those idiots would just die it would be nice too.
Posted by Leslie Bates at 7:31 AM No comments: