A district attorney and his wife have been murdered in Texas.

Kaufman County District Attorney Mike McLelland and his wife Cynthia were found shot dead inside their Forney home on Saturday night, a chilling crime that put law enforcement agencies across Texas on high alert and shook prosecutors, defense attorneys and others in legal circles around North Texas.

Late Saturday night, sources said a .223-caliber assault rifle, similar to an AR-15, was used in the murders, with approximately 14 rounds being fired.

The criminal responsible will not be blamed by the gun-grabbers.

There will be more calls for more violence against innocent people by the gun-grabbers.

Count on it.
Posted by Leslie Bates at 12:56 AM No comments:

It’s still not clear if the new gun control laws in Colorado will save any lives. That’s still up for debate.

The answer is no.

Legally disarming the citizens will have no impact on the actions of criminals and the insane. Such legislation has historically placed citizens at greater risk of death or injury as a result of criminal action.

In light of this fact there can be no valid reason to disarm the citizens.
Posted by Leslie Bates at 5:10 PM No comments:

North Korea would be a joke if it weren't for all the dead bodies.
Posted by Leslie Bates at 9:20 PM No comments:

Lama al-Ghamdi, 5, died this past October from injuries relating to a crushed skull, broken ribs, a broken arm, a broken back and severe burns. On top of being brutally beaten, medical reports say that Lama had also been raped repeatedly.

Lama was killed by her father, prominent Islamic preacher Fayhan al-Ghamdi, who served only three months in prison and was released after paying $50,000 as ‘blood money.’

Islam is the creation of a depraved creature. (I won't call it a man.) This creature made a career of rape, robbery, and murder. It claimed to speak for God and murdered those who correctly refused to believe that claim. It created a false code of law in order to facilitate further crimes by itself and it's followers.

Islam denies the validity of all real laws. Including the Bill Of rights. Under no circumstances can Islam EVER claim protection as a religion under the First Amendment. EVER.

What are your questions on this block of instruction?
Posted by Leslie Bates at 1:46 AM 1 comment:

Contrary to what many conservatives believe absolute economic equality is actually possible to accomplish.

All that has to done is to completely annihilate the Human Race.

Posted by Leslie Bates at 12:33 AM No comments:

Thought Of The Day

Back in December after the Sandy Hook Massacre I was involved in a discussion on firearms ownership on an Objectivist Mailing list.

One list member, who I will not identify to save him from further embarrassment, wrote:


Again drawing from fiction, in The Weapon Shops of Isher and its sequel The Weapon Makers the author A.E. Van Vogt uses the phrase: “The right to buy weapons is the right to be free,” which I think most astute. In this classic science fiction story the Weapon Shop weapons are only capable of being used in self defense.

The list owner correctly declared that this was metaphysically impossible.

Consciousness is the process of seeing things as they actually are.

In order for an artifact, such as a firearm, to be able to identify the difference between a valid target it must be a conscious being. In practical effect the weapon is a person. As a piece of property this person is a slave.

Furthermore, if the weapon owner, or the operator it is issued to, cannot identify the difference between a valid target –- statists and criminals -- and innocent persons, then the owner or operator in this respect is unconscious. To require that the attribute of consciousness be constructed into a weapon demonstrates that the potential owner or operator is not fit to hold it.

As Consciousness Is Identification, what can we say about those in government who cannot or willfully refuse to identify the difference between citizens and criminals? Or unable to simply identify any fact of reality at all?

We would have to identify them as being unconscious.

What are your questions on this block of instruction?
Posted by Leslie Bates at 6:19 PM No comments: 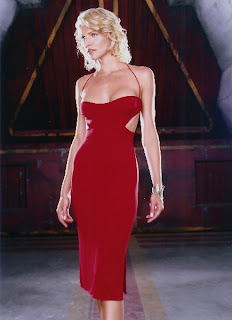 I went home with a waitress, the way I always do,
How was I to know, she was with the Cylons too?

Posted by Leslie Bates at 3:45 AM No comments:

I submitted a revised version to Analog.

Let's see how that works.
Posted by Leslie Bates at 12:25 PM No comments:

Even though I submitted a short story for publication I rewrote it a bit.

It includes this new line.

Well. That was nice. An equal opportunity Armageddon.

Oddly enough I'm actually looking forward to a rejection slip.
Posted by Leslie Bates at 4:55 AM No comments:

Text I Decided To Not Use

“No.” I replied. “Perhaps you should call Bill Gates at Microsoft or whoever is in charge at Apple now that Steve Jobs is deceased. Or you could send a letter.”

Francis stared at me with a blank expression on his face.

Sex, computers, what else?
Posted by Leslie Bates at 1:52 PM No comments:

Paragraph Of The Day

From a parody I'm working on at the moment:

Posted by Leslie Bates at 4:49 AM No comments:

He has taken the official name of Francis.

So what?
Posted by Leslie Bates at 6:15 PM No comments:

Classical economic Marxism is not light, and most of the radicals of the Sixties were not deep.


You Tube video here.
Posted by Leslie Bates at 12:04 PM No comments:

Hugo Chavez, who once attempted to seize power by force and was elected to be the chief looter of Venezuela, has expired.

The Marxist piece of trash should have been taken out and shot.

Some things should not ever be left to the hands of God.

And here is the Pythonic version of the announcement:

He’s not pining! He’s passed on! This looter is no more! He has ceased to be! He’s expired and gone to meet his maker! He’s a stiff! Bereft of life, he rests in peace! If he hadn’t been nailed to the hospital bed he’d be pushing up the daisies! His metabolic processes are now history! He’s off the twig! He’s kicked the bucket, He’s shuffled off his mortal coil, run down the curtain and joined the bloody choir infernal!! THIS IS AN EX-Looter!!

Posted by Leslie Bates at 4:56 PM No comments:

Barack Obama: We dumped the British Monarchy for him?
Posted by Leslie Bates at 3:47 PM No comments:

I've finished the second chapter of the novel.

http://otherles.livejournal.com/11890.html
Posted by Leslie Bates at 5:54 AM No comments: