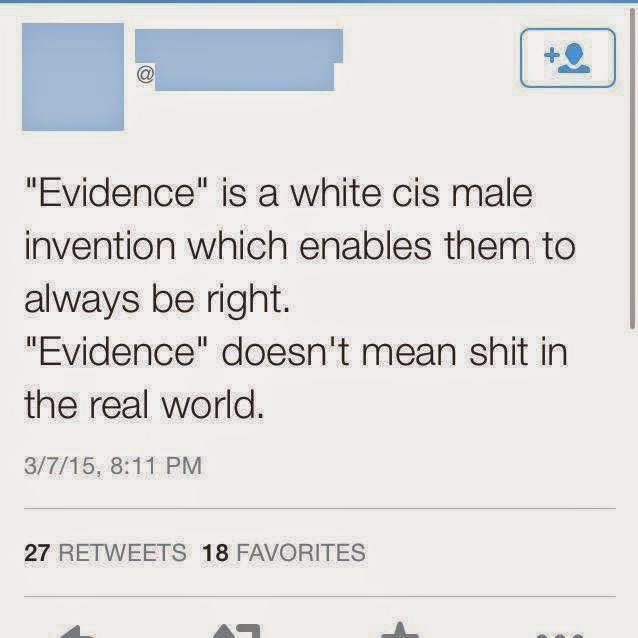 In effect this moron believes that a verifiable fact of reality is not real.  The moron apparently also believes that his genetic and cultural background exempts him from responsibility for the harm he inflicts upon others.  Well so did numerous members of the SS but that didn't stop us from hanging a bunch of them after the Liberation of Europe from National Socialism.

If this moron wants to act as an old school Nazi then we should be able to treat him as such.

Mark has linked to a comment on this idiocy:

"In the post you’re about to make, replace cis/white/hetero/male people with the Jews and if the result sounds like something that could be straight out of Mein Kampf, you should probably reconsider your social justice blogging habits."

Racial Polylogism is as insane for Blacks as it was for the so-called Aryans.
Posted by Leslie Bates at 12:19 AM