Disturbing Thought for the Day 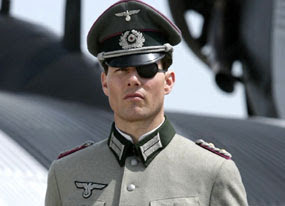 Here's a thought that popped into my head. The basic goal of the people who produced VALKYRIE is to promote the idea that overthrowing the existing government in a time of war is a patriotic act. Regardless of the actual socio-political context.

And let's face it, most of those bozoids out on the left coast wouldn't be the slightest bit disturbed if President Bush were knocked off.

We now return you to your regularly scheduled reality.
_
Posted by Leslie Bates at 4:05 PM

One recent far hard left extremist rant I saw was calling for impalement instead of impeachment. It was posted to several right of center blogs to illustrate the raw hate that fuels the irrational left.

Barbarians are funny that way.